In the 1950s, Campbell’s Soup created this recipe to promote its cream of mushroom soup (which apparently America just wasn’t eating enough of), and since then, the green bean casserole has become a staple on many holiday tables. The traditional recipe includes canned cream of mushroom soup which is dense with calories, sodium, and saturated fat, and very little vitamin content.

We found a delicious way to incorporate more nutrient-dense foods into the traditional green bean casserole. Our recipe is best made with fresh or frozen green beans but will still be appetizing with canned green beans. Instead of cream of mushroom soup, you can use fresh portabella or a variation of mushrooms (most groceries carry them pre-sliced for another time-saving trick). Using toasted, slivered almonds instead of fried onions adds nutritious fats, vitamins, and minerals, as well as a pleasing crunch.

The result? A festive green bean dish full of nourishing ingredients. Our Green Bean & Mushroom Sauté has about a quarter of the calories of the original casserole, plus a sodium content that you can control, and none of the traditional recipe’s saturated fat content.

You can also try our Green Bean Casserole for another rendition of the classic favorite. It includes protein-rich Greek yogurt to give it the traditional creamy texture with less fat. 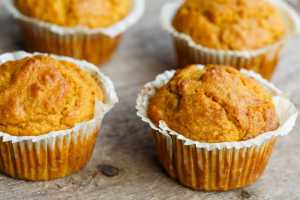