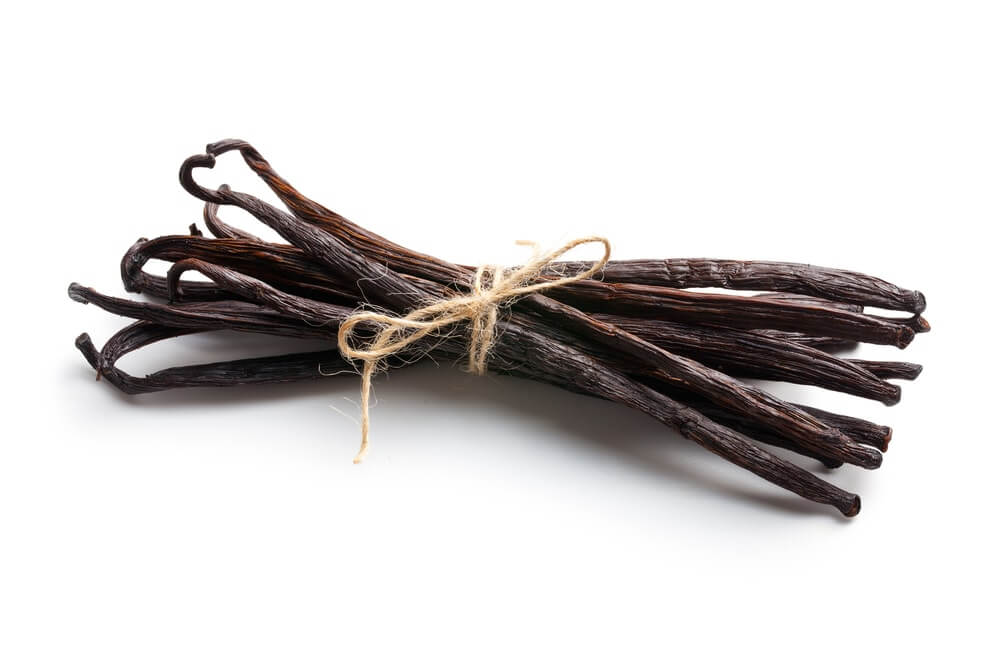 A Thrilla in Vanilla

By Fiona Breslin
Though we may take vanilla for granted, so much so that it has become a metaphor for ordinary, it was once so rare in Europe that only the aristocracy got to taste it. However, we commoners use vanilla routinely today in cooking, baking, and confections. And in matters of health, vanilla is sweet indeed.
Derived from the pod of the vanilla plant, vanilla in various commercial forms is a natural source of phytochemicals and antioxidants, as well as such nutrients as riboflavin, niacin, and B6. It has been advocated in natural medicine as an appetite suppressant, a surprising fact considering its presence in that naughty delight, vanilla ice cream. Vanilla even has been used in aromatherapy for promoting relaxation and sleep, and as an anti-depressant.
Native to Indonesia and Mexico, vanilla is commonly sold in the United States in bean, pod, and liquid extract form. Depending on country of origin, the flavor, texture, and cost of vanilla will vary. The most popular varieties include Indonesian and Madagascar vanilla, commonly used in baking and recognized for their sweet taste. Slightly spicy Mexican vanilla can be used in stews and chili to complement acidic flavors. Remember when baking with vanilla essence, a little goes a long way.

Vanilla pods and seeds can be used to flavor cakes, syrups, and custards. Although they’re not cheap, the nuanced taste is worth the extra expense. When buying essence (extract), always look for a product that is free of additives, although most contain a small amount of alcohol. Depending on the recipe, use vanilla essence or pod, but when a pod is called for, try not to substitute essence. Vanilla essence is concentrated and has a much stronger flavor.

Try baking peaches or pears in red wine with a vanilla pod instead of cinnamon, or drizzle syrup made with a touch of vanilla essence over fresh fruit to boost their flavor. Scrape the seeds from a vanilla pod into cake batter, or steep a whole pod in warm milk to flavor custards. Try Cook For Your Life’s Vanilla Poached Pears for a simple vegetarian dessert, or try our delicious Chocolate Marble Cake.

To get the most out expensive vanilla pods, bury used pods under sugar for a few days in an airtight tin. They will infuse the sugar with delicious vanilla flavor for use in baked goods and desserts.