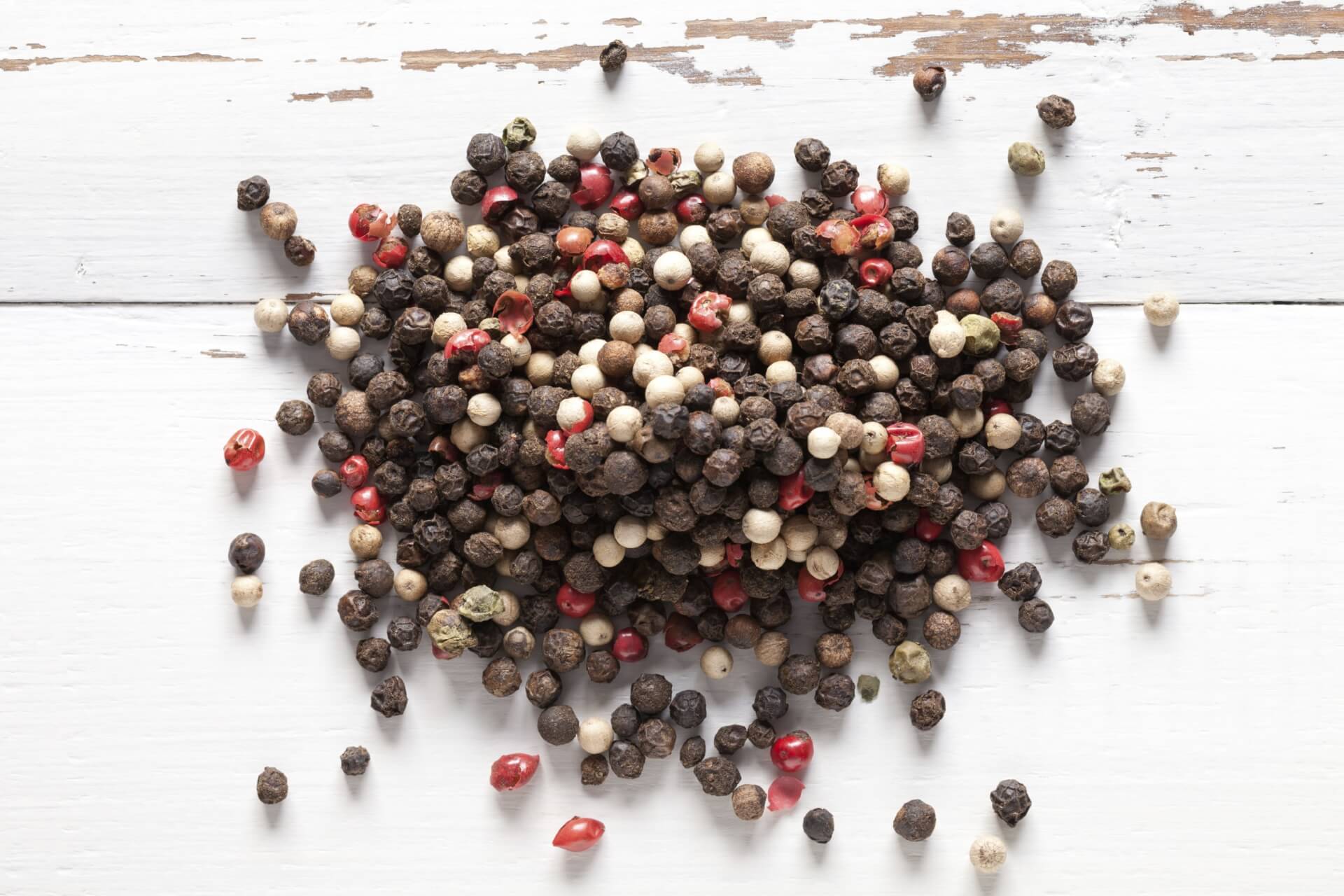 Whole black peppercorns were once considered so valuable they were used as currency in Europe and traded for gold. Today, peppercorns are nearly everywhere and valued for their nutritional properties, in addition to spicing up recipes.

Available in whole and ground varieties, dried black peppercorn contains vitamin K, iron, and manganese. Peppercorn’s spicy flavor is also a source of the compound piperine, which is used to relieve itching, aid digestion, and strengthen the respiratory system in natural medicine. Piperine has also been shown to improve antioxidant response and contain anti-diabetic properties.

Piperine is currently being studied as a therapeutic cancer agent when administered as a dose. There haven’t been clinical trials in humans yet, so it’s recommended to simply consume peppercorn in its whole form to get its full nutritional value.

Pepper is a versatile and widely used spice that can spruce up any recipe. Ground white pepper is often used in Asian cuisine, and has a drier, muskier taste than black pepper.

A couple of pinches of freshly ground black pepper can be added to everything from unctuous risottos to hearty soups, and even add depth to fruity desserts.