The Spice Rack | Cook For Your Life
Skip to content 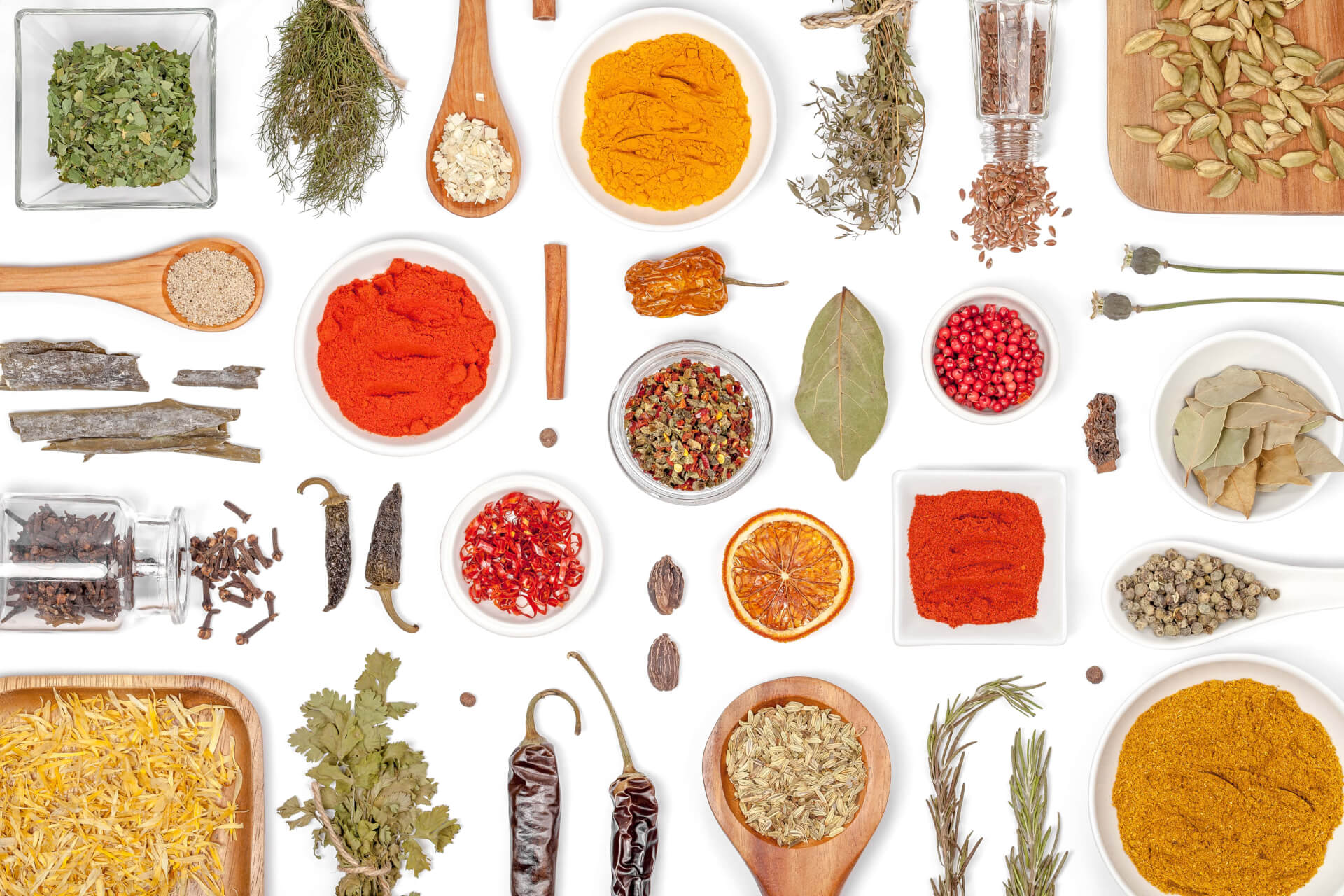 Herbs and spices have been used to flavor foods almost as long as people have been eating – but enhancing palatability is just one of their many functions. Certain varieties have also been used for healing and in a pre-refrigeration age, they played a key role in preserving food – and masking unsavory flavors.

Today, we think of herbs and spices mainly as culinary adjuncts. In this role, they perform admirably, as many of our flavor-packed recipes testify.  But we also want to feature the health benefits of herbs and spices even though many have not been given rigorous scientific scrutiny.

Fortunately for us, there was a large study on spicy food in China a few years back.  Close to a half-million adults were included, and even after adjusting for confounding variables, such as age, income level, education level, health condition, and smoking status, those who consumed spicy food most often had a 14% lower risk of death compared than those who ate spicy food less than two times a week.

The definition of “spice” in this study was largely confined to chili peppers – fresh, dried, infused in oil, or in a sauce. The authors of this study found the greatest benefit in fresh chili. Capsaicin has long been recognized as an anti-inflammatory, anti-microbial, anti-cancer, and antihypertensive agent.

They also stated that eating chili two times a week was enough to get the full benefit. Regular alcohol consumption reduced the effect. Medical conditions that were most impacted favorably were cancer, heart disease, and lung disease.

Note that this study does not prove that chili reduces mortality, as no cause and effect were established. However, there are some theories as to why this relationship between chili and lower mortality exists:

It’s thought that a major component of chili – capsaicin – is the active agent – either alone or with other nutrients in chili, including vitamin C, vitamin A, vitamin B6, and potassium. Capsaicin has long been recognized as an anti-inflammatory, anti-microbial, anti-cancer, and antihypertensive agent.

No one herb or spice is a “magic bullet,” but adding these gifts from the garden or spice rack to your daily cooking regimen will not only make your dishes more delicious, but it can also be just one more thing you do to help your body function at its best.