Celery Root | Cook For Your Life
Skip to content 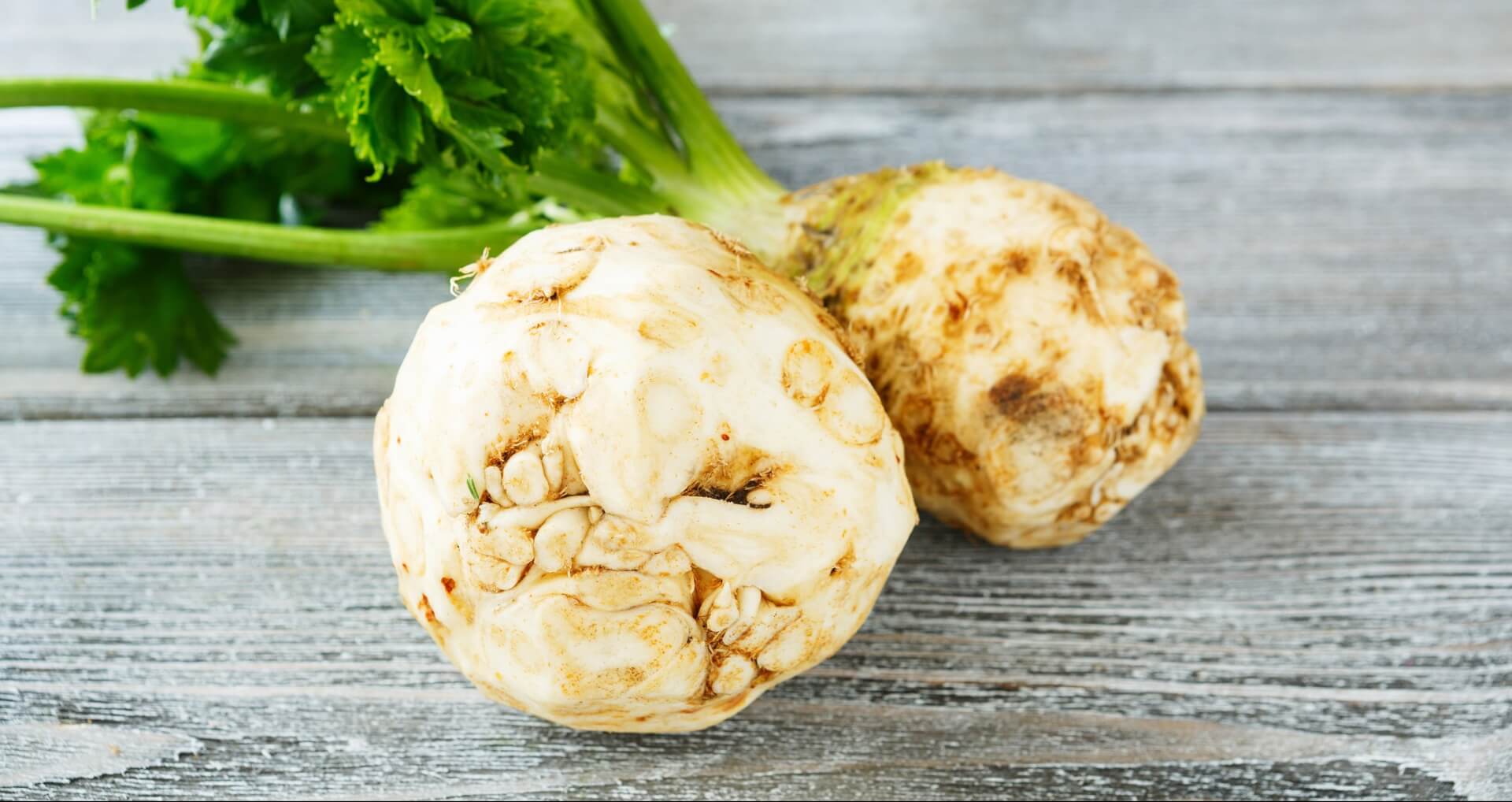 Celery root, also known as celeriac or knob celery, is, as its name implies, the root of the celery plant. Don’t let its gnarly exterior fool you; the interior is smooth and white with a tangy flavor.

Celeriac is less starchy than most root vegetables. In fact, ounce for ounce, it has about half the calories of a russet potato, making it a perfect replacement for or in addition to potato mashes.

Celery root is also brimming with vitamins. It’s a good source of vitamin B6, magnesium, potassium, manganese, and vitamin C. For something that grows underground, that’s not too shabby.

Celery root has been popular in Europe and Asia for centuries and is now becoming widely available in supermarkets in the U.S. Pureed, with a touch of butter, celeriac is a supremely satisfying side for the holiday turkey or anytime you’re looking for a comfort food fix.

When dealing with a mud-covered, gnarly object like celeriac, it’s hard to know which ones are good to buy. Rule of thumb: look for small to medium size roots that are off-white to greyish green color. They should be dry-skinned, not obviously bruised or damaged, and without any dark moist patches. Always scrub and peel celeriac before cooking. When you cut celeriac open, its insides should be creamy white and smooth. Celeriac will keep in the refrigerator for about a week.

Celeriac hits its growing peak in autumn and winter. For a cold day there’s really nothing better than Celery Root & Potato Soup.

For something light and fresh try making Celery Root Slaw. Its bright crunchiness makes it the perfect winter side to lighten up your plate and remind you that summer’s not too far off.